Some third party authentication companies will glance at your autographed memorbillia and instantly tell you it's not genuine, but not before charging you a huge fee to do so.

Make Sure You Do Not Fall Victim to Third Party Authentication Companies.

Scanning some autograph auction sites, came across this.  Sixteen bids before closing! I get a call from someone who wants to make an appointment to get a so-called rare item autheticated.  I asked im what it was and he said "Trust me, you'll never see another."  Even though I had heard this statement many times before, and was disappointed,. the voice of the man seemed quite sincere. The appointment was made.  He arrived several days later with a large album.

He said he investigated all the autograph authenticators and they seem to all have serious problems.  I was chosen because in his opinion, he found out that most of them have said wonderful things about me and even used me when they had problems authenticating.

His album was filled with photographs of the man standing in front of me with Elvis Presley.  Some of the photographs were inscribed to this man, who was one of Elvis Presley's bodyguards.  I looked down on the floor and obviously there was a case with a guitar.

This man said it was signed 35 years ago, in front of me,  and Elvis said while he was signing,"it'll be a long time before you see a signature like this again."  HE WASN'T KIDDING! 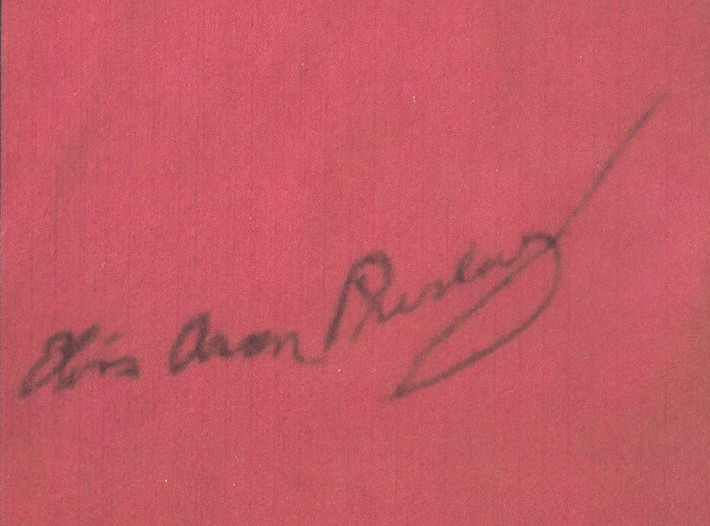