The world famous "Koschal Holy Bible" has a new addition. This Holy Bible is internationally well known, having been signed by many Presidents of the United States, starting with Herbert Hoover and Harry Truman. Included are many Vice-Presidents and First Ladies who have also personally signed this Bible.

Exceptions from the above are the signatures of the Dalai Lama and Timothy Michael Cardinal Dolan, Archbishop of New York. Dolan not only signed this Holy Bible but blessed it as well.
Dolan was on the short list for Pope. As for the Dalai Lama, he was not happy to see the Holy Bible put in front of him for his autograph and he initially turned down the request.
When he was shown who signed this Holy Bible, the Dalai Lama changed his mind saying that this is the only Holy Bible he has ever signed.
After many years of searching, I finally found a cut signature of King James the First. He ordered 47 scholars who took seven years to write the first English translation of the Holy Bible. The King James version was published in 1611. 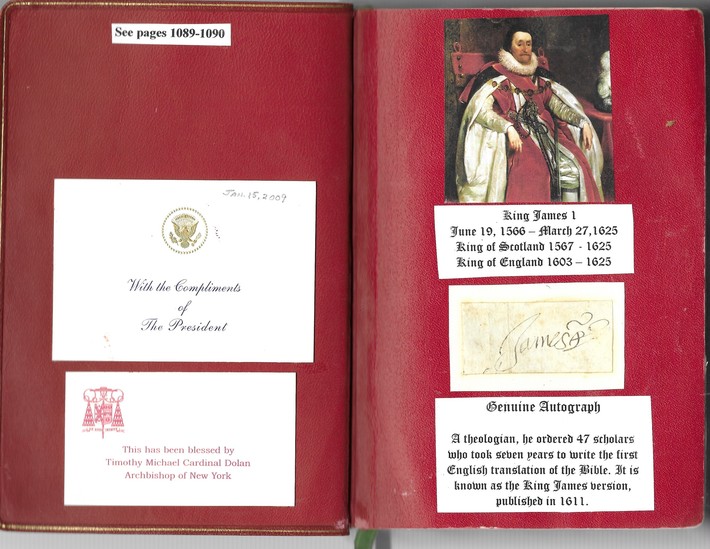