Steve Grad, in hiding when questioned about his plethora of mistakes authenticating autographs

This is not the first time Steve Grad of Beckett refuses to accept an invitation to discusee authenticating autographs.  His only way of responding is when something comes across his desk to be authenticated that originated from Stephen Koschal Autographs it will not to be authenticated as genuine.  Many don't realize how many times this has been done. This only proves  with all those items he wouldn't authenticate,  he admits his error in writing.   Since this is a fact, what the heck is Grad doing authenticating autographs.  The company had to get him cheap.  What about the many uneducated collectors who pay for a service they are not getting? Which dealer's even accept a Grad/Beckett Certificate at face value. This scam has been going on for quite some time.

Every single day, one can find a Gard authenticating mistake on authenticationg autographs on eBay. Even when an entire book is written about a certain autograph, Grad falls short even to be qualified as one who can authenticate autographs.

See two examples of secretarial signed autographs of Dwight D. Eisenhower that have been passed by Grad as GENUINE! 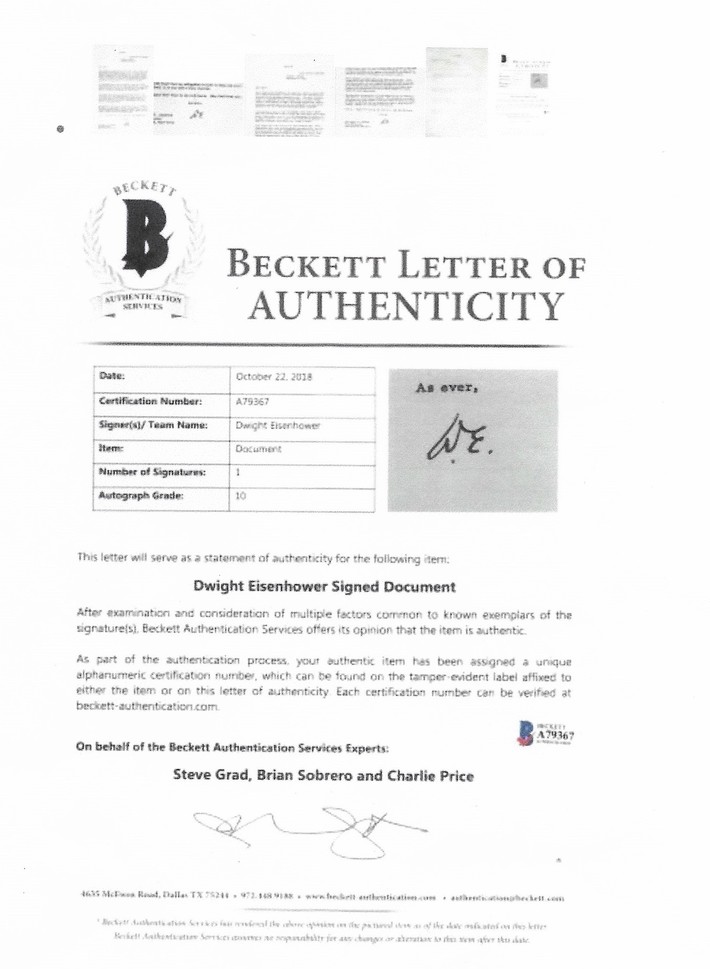 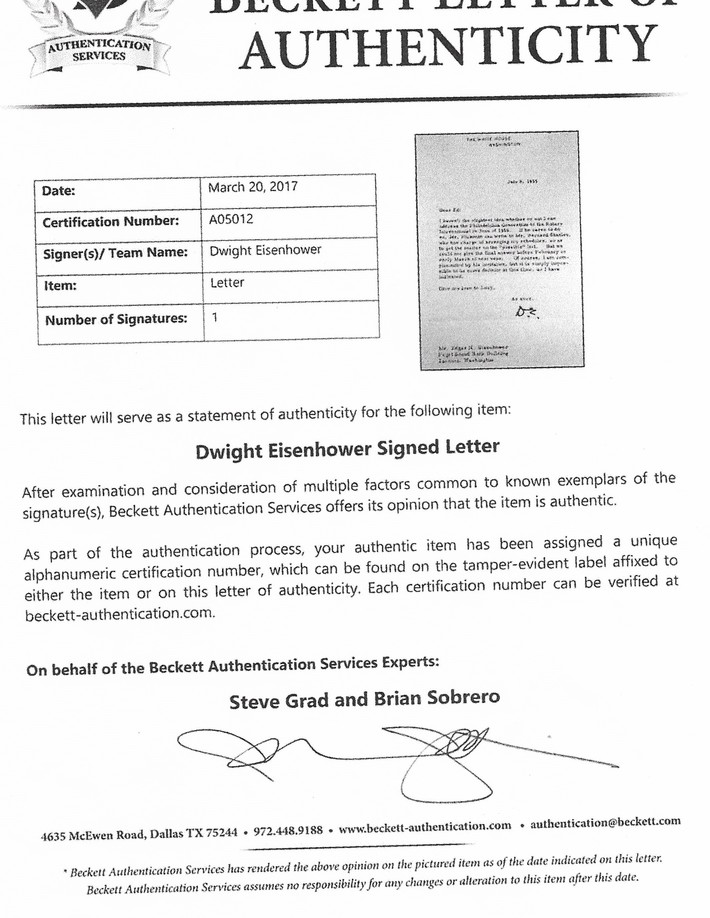 Even your English speaking parrot can tell that both signatures were not signed by the same hand.  Not to mention both signatures are signed by different secretaries.  There is enough of material and illustrations to write an entire book of Grad's mistakes.  If a success rate of 50%-50% is acceptable to a collector is that enough to send your hard earned money to what can only appear to be a scam by a charlatan.  it is hoped that enough of material on this subject has been published to continue to educate collectors of this charade.

Over 75 professional autograph dealers, each a member of PADAH (Professional Autograph Dealers and Auction Houses) do not have to accept for a refund for any autograph returned that comes with a Beckettt (Steve Grad) signed certificate of Authenticity.

It has been over six months that Grad has received an offer to a public discussion about authenticaing autographs. He remains avoiding this and other requests. That speaks volumes!