PSA costing auctions/consignors many thousands of dollars because of incompetence

Same ole story year after year. The incompetence of the so called companies that pass themselves off as autograph authenticators is continuing to cripple the professionalism of the autograph hobby.  Because of the thousands of mistakes made over the years by these charlatan authenticators,  many collectors have stopped collecting autographs.  Most of whom have tried to sell what they thought was  a treasured autograph along with the COA that came with it and found the item that was certifed as genuine was fake, well they no longer collect!

They also learned that the COA is a worthless piece of paper unless it is signed by someone who at minimum has valed credentials.  Working in a mail room of an auction house and packing hundreds of autographs per year does not make one an autograph expert.  The same so called expert was removed by police from a major auograph event in Chicago for selling forgeries.  Conveniently  he had a memory loss of the incident when reminded in court.  Then we have the uneducated collectors who are willing to pay for this person to take a guess and sign a worthless COA.

Know for sure, that when you get burnt and want your money back your expensive lawyer will not tell you in advance you have almost no chhance of winning your case.  The lawyer's know this!  What you will hear from the judge is "a COA is just someone's guess, everyone has a right to an opinion, there's no law against being stupid."

As a collector you have the same chance 50%/50% of going to a pet store, finding a speaking parrot and ask the parrot for it's opinion.

Below is an active auction sale closing June 19, 2020. The items are # 8 and 10 in the sale.  Offered are two photographs of Babe Ruth. Lot 8 has 14 bids and lot 10 has 8 bids.  The description states these items come with a COA from PSA stating the signatures of Babe Ruth are secretarial.  Now we have to, at a minimum, hope to believe the "expert" at PSA can tell real ink from a print. By saying it is signed by a secretary should mean the signature is written in live ink. (Not a preprint, rubber stamp etc.)

Fact is, in my opinion that these two signatures were actually hand signed by Babe Ruth.  They are early signatures of "Babe" signed by him during the mid 1920's. To date, there are no documented secretarial or club house signatures of Babe Ruth that can come close to confusing anyone whether his signature is genuine or not.

See below the horrific mistakes made from one of the "experts" at PSA. 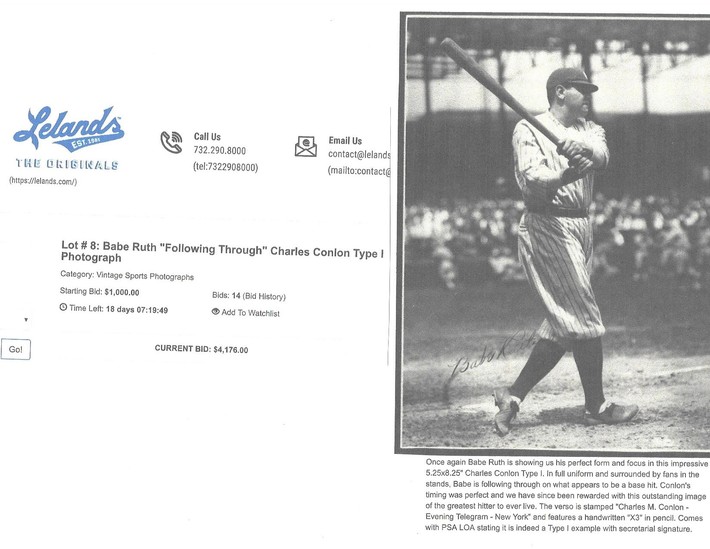 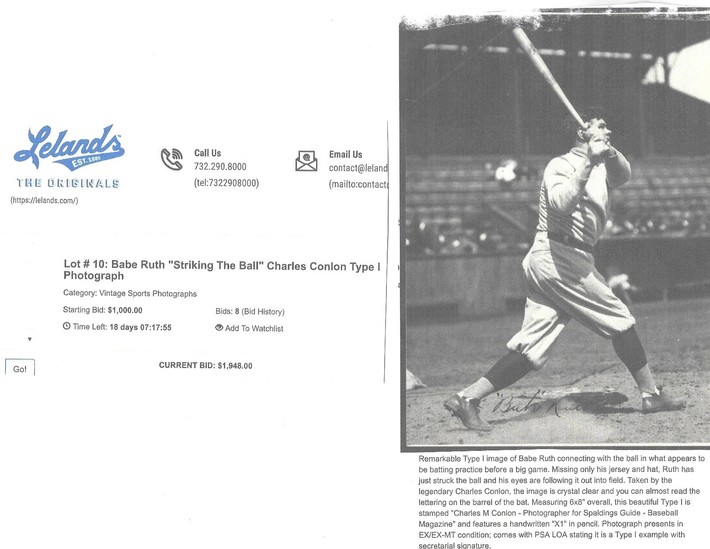 The above examples are just two of the volumunous sofmoric mistakes made by the so called "experts."

Imagine the money lost by the consignor and the lower auction house fees because of this unexcusable error.  One shining light, in the case, is just maybe the winning bidder comes out with a bargain and finds a genuine expert to produce a correct COA!