If you have ever dealt with PAAS,  and the name Mike Frost, there's no need to read further. You most likely have been burnt unless you deal in forgeries.

This bloak specializes in dealing with forgers and forging autographs himsel and adding his COA. to it  He sells them in places you would not look on the Internet.

Mike Frost is the forgers best friend. Like a magnet he attracts many of the autograph forgers and whips up a COA for them.  In volume @ $3.00 apiece you get a sticker, that will eventually stain your autograph.

You may lucky to even get that sticker, as many of the complaints, well documented in emails will read about how Frost will say he never got the item.  Your word against his!

This ex-hot dog seller can easily get mustard on your item as he made up his certificates (for more money) just a few feet away from his hot dog cart. Here he is wearing a dunce cap. 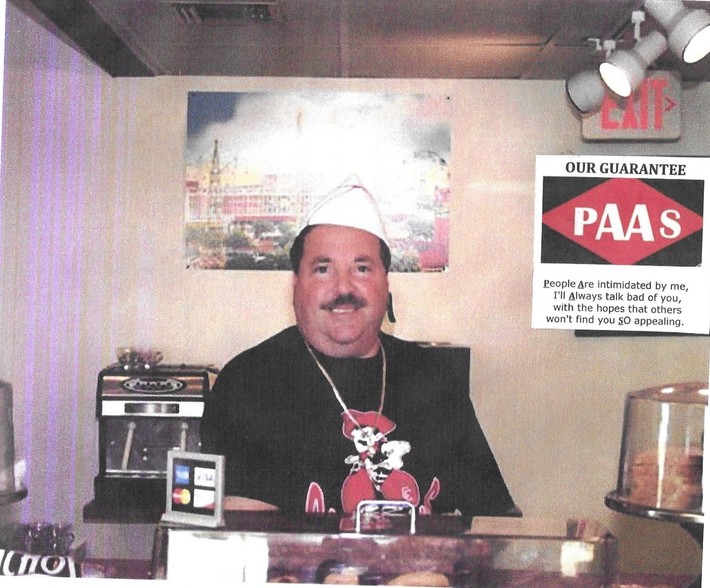 I can assure you, knowing this "now authenticator" for many years that he knows absolutely nothing about authenticating autographs.  The amount of mistakes he has made in the last few years authenticatig is mind boggling.  Nothing about this character (including the name he uses) is genuine. He is a one person operation. The names he lists as staff are all family members except for two who have emailed Frost many times asking him to remove their name.  He has NO reference files, he simply uses ebay. Ask him to send you a photograph of his largest refernce files in the hobby. You'll have better luck geting an authentication from him that's correct.

He works out of a 2 bedroom condo (Suite 2708) he calls it.   No room for anything, never mind the largest refernce library in the hobby.

Enough about this phony, see for yourself how worthless this guy is.  To say he knows nothing about authenticating autographs is being very, very kind.  As bad as he is, can you image him being dumb enough to put something up on his own web site that is one of his own forgeries.  Does he think he is making a forgery by adding his sticker to it?  See for your self, and save this because as soon as Frost reads this he will take it down.  The worst thing I want to do is give Frost an educational course on autographs but this is being published so that readers will not get caught up in his authenticating scam.

A very common signature is that of Bill Clinton, former President of the United States. Hopefully, many of you are familiar wth his signature. A few genuine examples are illustrated below. 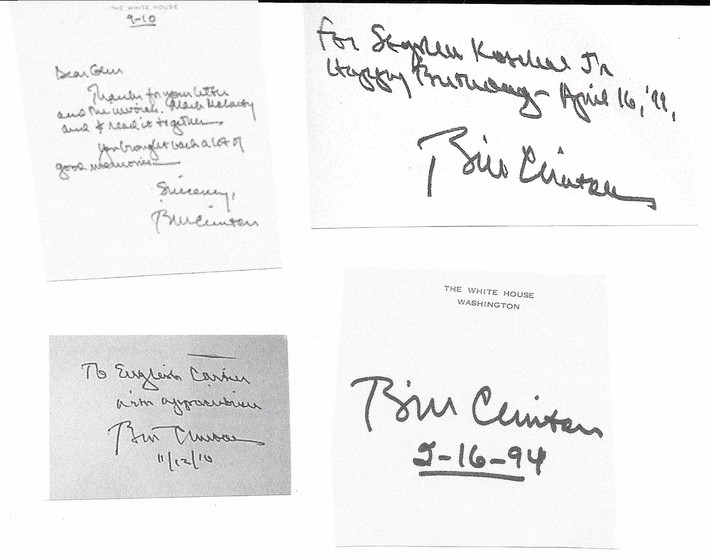 This is what Frost and his one man "PAAS" authenticates as genuine, affixes his sticker with the hopes that when you see the same style autograph on the Internet you wilbelieve it is genuine.  This exact illustration is taken from Frost's "PAAS" web site. 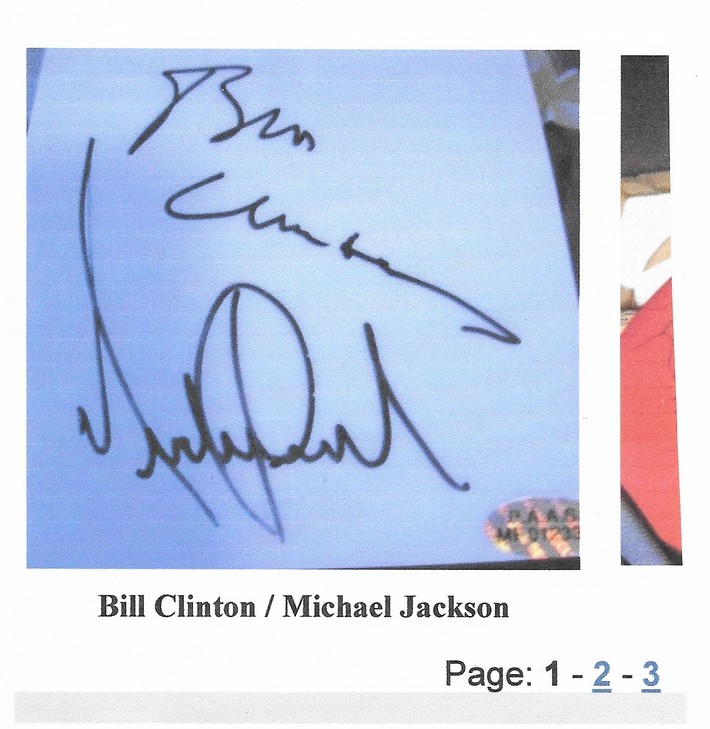 I have seen these same style Bill Clinton signatures being sold. Don't say you were not warned about Mike Frost and PAAS.