The following stories are from actual emails. Disgusting language is often used; therefore it is highly recommended that ONLY mature adults continue to read forward.

For the record, please be advised that the email addresses Mike Frost of PAAS (Professional Autograph Authentication Service) uses are the following:

This is a continuation of the actions of Mike Frost of  PAAS (claims to authenticate autographs) group of family members. The following is an exceedingly small part of how Frost personally responds to truths written about him regarding the mess he has created for the industry by re-opening PASS.  PASS  was completely closed by two of the three founders.

Frost forgeries have been exposed, in detail, on the Internet.  The reasons of theft of money from the IACC/DA (autograph club, $50,000) have been documented, while Frost was Treasurer.

The reason the original PAAS was shut down by 2 of the 3 founders is because Frost kept continuously claiming he never received some of the autographs for submission.

Expensive forgeries Frost sold in his store.  He claims he never sold the item however pictures were taken of the item hanging on display in his store.

He created and was exposed that the “in person” autograph signing  of 200 photos of Tarzan’s monkey was a total fraud. He sold all of them to collectors and associates. The actual monkey died decades ago before his signing.  For years  he  passed out business cards he had made claiming he is a doctor. They were on display and could be found on the counter of his shop. The shop also sold hot dogs and used clothing.

He continues to use the fake name of Mike Frost,  but according to many lawsuits against him (court records) his real name is Michael Feigenbaum.  There’s so much more.

Do you think you are capable of telling what type of “person”   that  Mike Frost is by reading how he reacts and responds to people who investigates and exposes  him?

The following is a very small sample of how he goes after people and even their family members.

I have been somewhat lucky as Frost recently pulled a handgun out of his fanny pack on a high profile autograph dealer located in South Florida.

MIKE FROST WILL DO THIS SAME THING TO YOUR WIFE, PARTNER, DAUGHTER OR MOTHER SHOULD YOU CRTIZE HIS MIS-AUTHENTICATIONS

These are just a few of the many disgusting stories Fost has posted on the Internet.

Patricia Claren was born on 03/19/1953 and is 68 years old. Patricia Claren currently lives in Miami, FL; in the past Patricia has also lived in Colorado Springs CO. Patricia also answers to Patricia A Claren, Patricia A Wagner, Patrica Claren, Patricia Ann Claren and Patricia C Barisano, and perhaps a couple of other names. Personal details about Patricia include: political affiliation is currently a registered Republican; ethnicity is Caucasian; and religious views are listed as Christian. We know that Patricia is married at this point. Patricia has many family members and associates who include Ashley Wagner, Ann Hughes, Virginia Claren, Peggy Wagner and Joseph Wagner.

Koschal has sex with his own daughter:

Proof of Stephen Koschal's  assault on his own daughter released today by the Police Department. Stephen Koschal back in The United States,  where he is about to be questioned for allegations of sexual abuse with under aged boys.
Investigation is re opened into sexual contact with 4 young boys under the age of 13 at autograph shows in Florida and New York.

Steve Koschal at one time may have been a respected autograph industry professional, but now he is a Wanted Man.

A.D.N.’s sources have told us that this ex-husband and father of several children is wanted for contempt of court in the State of New Jersey.

It appears that Steve Koschal has been on the lamb for over 4 years. His flight from justice, his family, and the State of New Jersey just to dodge a court ordered alimony settlement.

Steve Koschal currently has an outstanding Warrant for his immediate arrest awaiting him in the state of New Jersey. 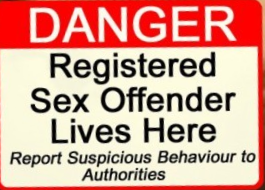 Church For All Nations

You are boring us.. We are waiting for more Koschal fun. You must be talking to your old smelly whore  to find out what to do next..... Do you really fuck that piece of shit. Or are you still, as you told me many time using her for her name and money..I will ask Jack.....

You still miss Lynne , you cant be looking at Pat all day. I know you cant be having conversation with that halfwit retard..

No you sold that to me and the consignment was picked up by Pat "The Whore Claren. I also lent her some money because she said you are very cheap and hide all your money from her and the IRS.

She tried to jerk me off for $50 but of cause I would never let that ugly smelly street whore touch me..

You sure must miss Lynne Keys, you had it made until you went against her daughter.

I am sure she did not want you near her daughter after finding about the truth about your daughter and  the sexual abuse of children ..

What a sad person -all alone with nothing to do but fight and write your stupid stories that no one but you read.. What a joke you have become in your senior years.. Still with the little pony tail..

You cant win this war..

I am just beginning and have tons of time and money to just play you childish games.

Once this virus ends , I will be sitting down with Danny and going to have you write a big apology letter admitting your sickness and lies..

This is a copy of the Parking Permit that Frost stole from my car. He said I would have no problems just getting another one.

Being done as we have fun, jerk-off fag retard..

Keep the jokes coming , we love them..

You like Jews don't you , remember you made the whole Steve Cyrkin Crap up.

You are simply a coward who will come up  and say anything with never a back up, A TOTAL RAT and coward.  DON'T THREAT DO SOMETHING!

The Son and Nephew of Autograph Authentication guru Michael Frost have both conducted interviews today in the State Of Florida for Sexual Abuse charges against Stephen Koschal. The States Attorney General will be looking into the story that the two man being sexual abused by Stephen Koschal years ago while they were both 12 years old in a men's bathroom in South Florida.

This could prove to be the end of this known pedophile's Stephen Koschal's days on the streets of Colorado Springs.

This case has been reported in the past,  but due to the boys fillings of guilt and embarrassment the charges were never officially reported.

There will be much more on this breaking story, The news has already contacted both boys for an interview...

Beauty and The Beast

Except for the money why would any normal human leave this intelligent beauty for this ugly transgender smelly Cunt..

Your cheapness and abuse forced her to threw you out of her home..

I am looking for the email now.. Have over 1000 as part of the Koschal horror story.

This will all be ready soon for broadcast on a real platform and forum unlike your Mickey Mouse bullshit blog looked at by 3 people..

"Big Money" if we can work together on the biggest story in autograph history.

A book, and maybe a movie The industries biggest forger and  known pedophile Stephen Koschal leaves his beautiful girlfriend  to go with a wealthy ugly fat transvestite whore that was married to a dentist.
Followed by you trying to suck my dick and getting knocked out.

This can go on forever, so we need to sit down and do some editing. Maybe not so much on your sick sex practices and that ugly old bitch you used for her money.

The only sewer rat I know of comes out of the ugly whore that you are using for her husband's money man-made cunt.

{Pat Claren 68 year old Transgender prostitute back in the news.}

Koschal once was knocked out for trying to touch and begging to suck Michael Frost/ Frigenbaums penis .

It was later reveled that Stephen Koschal once during an autograph show molested Frost's son and several of his friends in the Men's Bathroom of the hotel.

I am sure you got the message of what type a person Mike Frost of PAAS is?  One can understand this fellow being a major thief and stating he never received your valuable autographs entrusted to him for authentication.

The following are just several of the 76 organizations that Frost has signed me up to be a member. Take notice in all his emails everything he does is related to sex!

Thanks for signing up

How could you ever think your background in autographs could be over?  There's great educational story to be told and I have been working on it. You may have already heard about this through the grapevine. I've been focused on sorting out all the paperwork was a project in itself. The complete work should be about 16-18 chapters, in excess of 150 pages and many illustrations. You have no clue what I have on you.. Don't think some of what you think are friends have sent me. Never take this as a threat.  This story needs to be told and it will. It should be better reading and informative since the Mormon Forgery Murders.   I have no problem writing a book, it just takes time.

Should you want to put this all at rest once and for all, take the following very serious.

Should you consider typing on your letterhead and signed, an apology for many of the things you have fabricated about Pat and myself.  You should be ashamed about bringing Pat into this. She never said a bad thing about you, supported the shows with a table and befriended everyone she talked to.  Everyone who knows her understands the harsh, unbelievable things you have fabricated..

I would suggest an apology, similar to the one you wrote for Roger Epperson.  As you know, two weeks after your apology no one remembers it!

Suggestions to refer to:

Koschal under investigation for fraud

Koschal thrown out and removed from PAAS Authenticating

Koschal beat up by Victor Moreno

Frost has physically slapped Stephen Koschal on more than one occasion

Frost's wife will not allow Koschal to come near her children

Koschal is a horrible authenticator

Koschal is an abuser of elderly children

You are well aware of what you made up now's the chance to come clean and get on with your life for good. .  Say it the way you prefer, your words.  I will accept your apology and not mention your name in the future, period!  I look forward to your response.

The following is got to be the very worst Bill Clinton signature ever forged. Passed as genuine by Mike Frost of PAAS. Mike Frost or whatever name he chooses to use and Steve Grad of Beckett still tied for “Worst Autograph Authenticator.”

Latest news is a rumor that Grad left Texas because of serious personal problems and now living/working out of his girl friends’ home in San Diego.  More on a Grad update next story.

THE ABOVE WAS POSTED AS AN EDUCATIONAL STORY SO THAT YOU WILL UNDERSTAND WHAT MIKE FROST WILL DO TO YOU ON THE INTERNET AND OTHER PLACE SHOULD YOU CRITICIZE HIS MIS-AUTHENTICATIONS.