Beckett Authenticating, Steve Grad once again proves he is incompetent

This is quite serious and shows the lack of knowledge and lack of research yet the ability to take the money from a collector for a worthless authentication.

The following is just another example, why over seventy dealers will not accept a return for anything that comes with a COA attached to Steve Grad who works for Beckett.  One major dealer has just called Grad, in writing a JOKE!

Follow this insanity, the title of the Magazine is "Bert Sugar's Fight Game".  On the left side of the cover is a portrait of Evander Holyfield.  There is a signatur across the forehead of Holyfield.

Bottom right corner of the magazine has attached one of those harmful stickers that many feel disvalues the item.  Beckett  sticker G69563,  if you look it up states the signatre of Evander Holyfield is genuine.

Once again spending money for a worthless COA, from an incompetent, proves more than one thing.

Steve Grad is not familiar with the signature of Evander Holyfield.

Steve Grad has no problem taking the money from a collector and backing it with pure ignorance.

Steve Grad is not familiar with the signature of Bert Sugar.

In either case Steve Grad did absolutely no research when taking on a customers request for an authentication.

Because of Steve Grad, Beckett looses another uneducated customer.

Why spend money for a "guess" on  COA that most professional autograph dealerss do not recognize as legitimate.

100% more proof of the continuance of the autheticating scam! 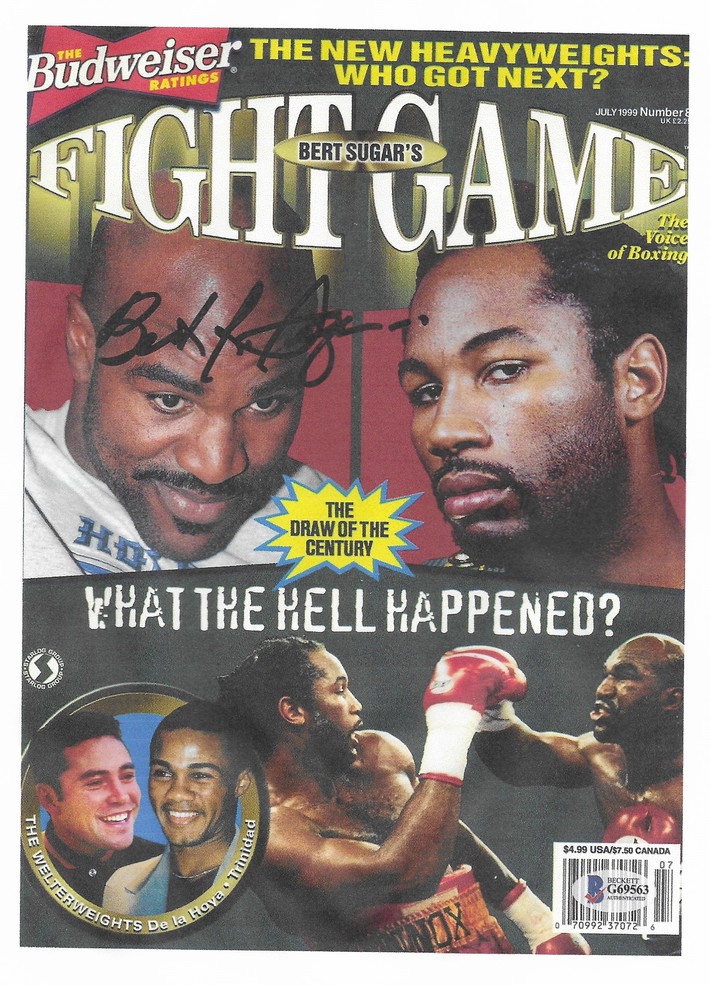