Autograph Collectors Continue To Have A Bad Hair Day

How many articles have to be written to warn collectors to basically avoid purchasing hair of celebrities and political figures?

This for the most part is a scam that has been somewhat popular since the 1980's. I estimate that 75% of all celebrity hair being sold is apocryphal.

Some of the descriptions of hair is laughable.  For instance a certain celebrity's hair was offerened for sale.  The only mention of authenticity was that the frame it was enclosed was 30 years older than the passing of the celebrity.

I will simple dwell on one celebrity that I believe many are familiar with.  Charles Hamilton made up a fine display item containing what I believe was an original strand or two of George Washington's hair.  It is believed he made a few dozen of these from the original lock.  Take notice of the hair contained inside of the mat. See ilustration below. It didn't take long for the unscrupoulous to take the original hair out of the display and print copies of the display.  The a strand of someone elses hair. was applied   See examples below. This tampered piece is being offered at a bargain price of only $350.00 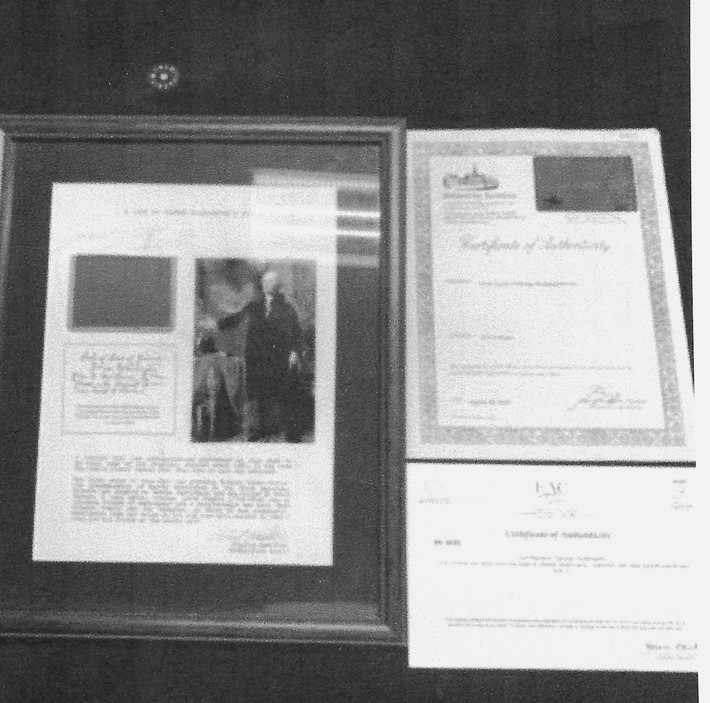 Some sellers of autographs go one step further and are selling what they say is Washington's hair with no provenance at all. 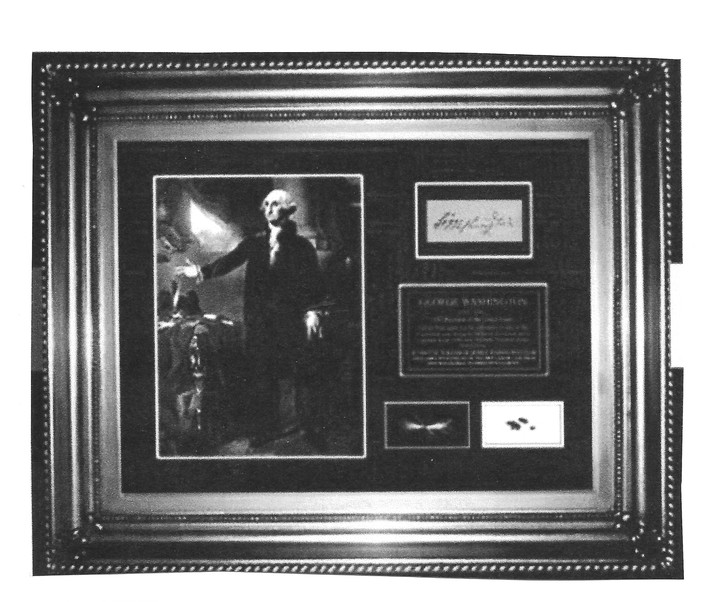 The above beauty not only contains so-called Washington's hair but pieces from his wooden coffin at a bargai price of only $499.00

I strongly suggest if you are about to enter this troubling market to only collect the original lock of hair that comes with very strong provenance.

When dealing with some sellers of used cars and some autograph sellers who want to sell you hair, it is extremely advisable to look under their hood. You may be shocked!